Home barbara 2019-12-06T06:57:30-05:00
FROM THE SPIRITUAL AUTHORITIES OF THE AMAZON
Declaration About
Cultural Appropriation
READ THE DECLARATION
World Ayahuasca Conference - June 2019
Declaration by the
indigenous peoples and
nations of the amazon basin
READ THE MANIFESTO 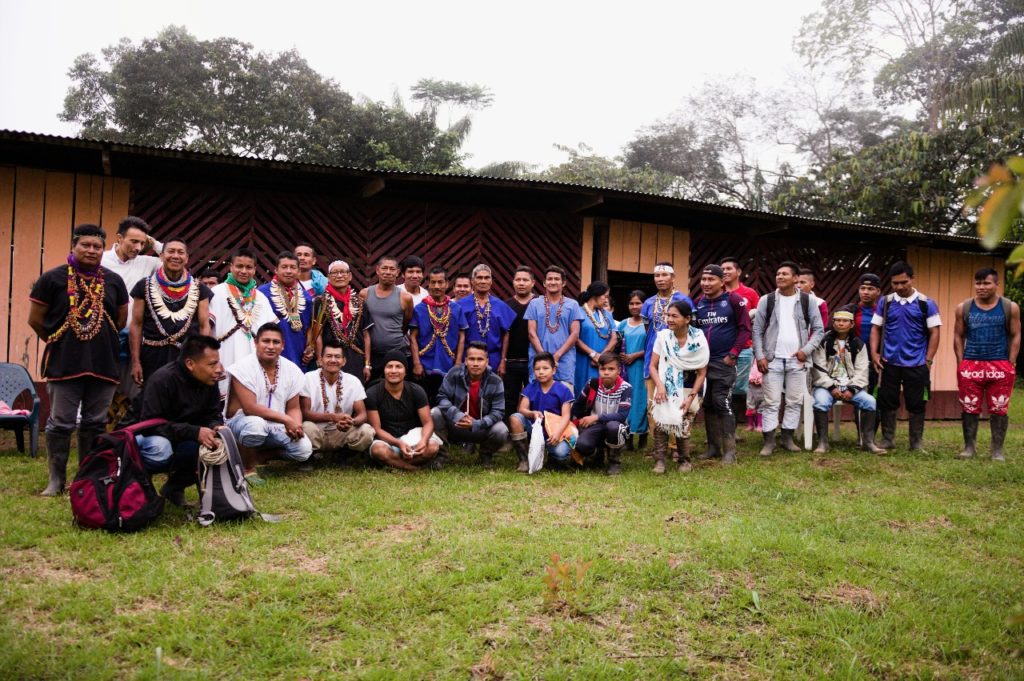 Declaration about cultural appropriation from the spiritual authorities, representatives and indigenous organizations of the amazon region

To: Academics, researchers, NGOs, humanitarian and development agencies, the United Nations, the World Intellectual Property Organization (OMPI), students, workers and the international civil society. We are the original people that 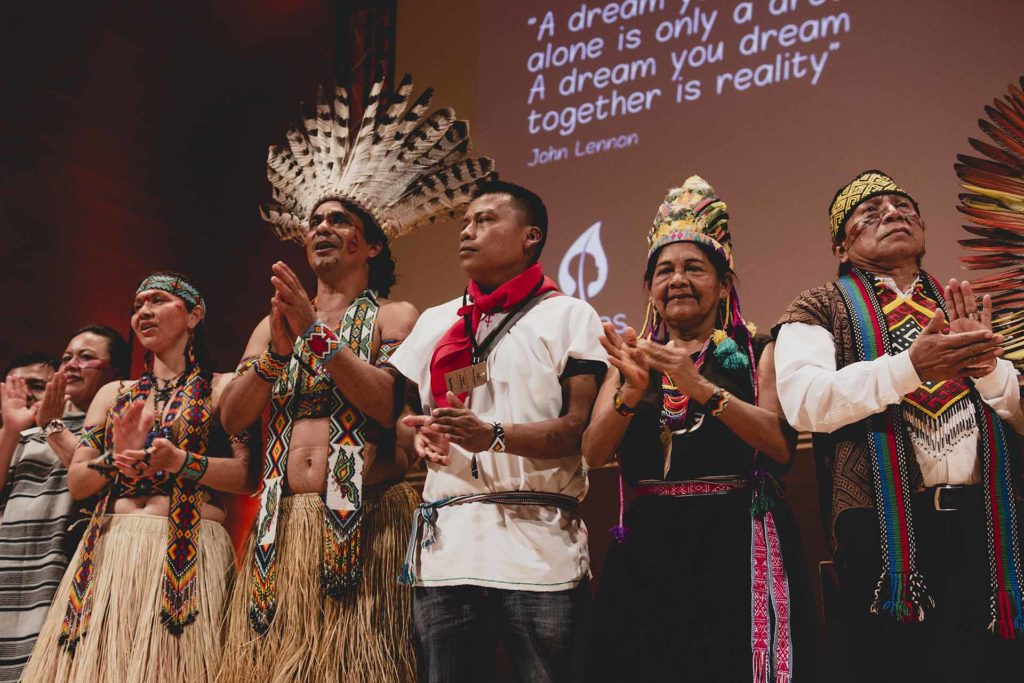 UMIYAC took part in the World Ayahuasca Conference in Girona, Cataluña, as members of the indigenous delegation. DECLARATION BY THE INDIGENOUS PEOPLES AND NATIONS OF THE AMAZON BASIN 2019 World 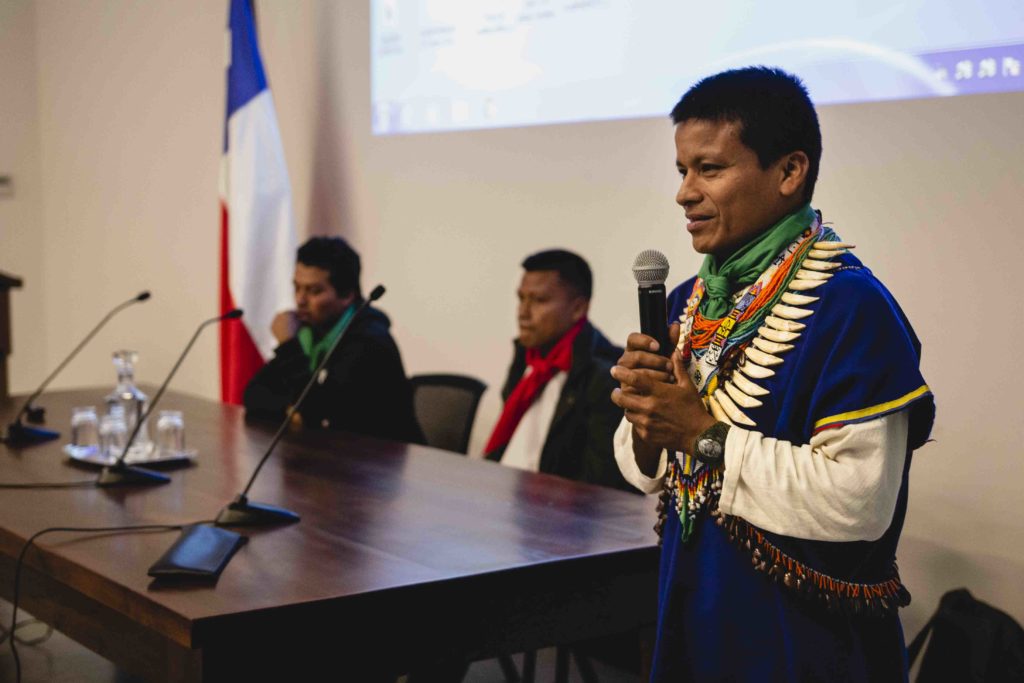 UMIYAC’s intervention at the University of Santiago de Chile (USACH) 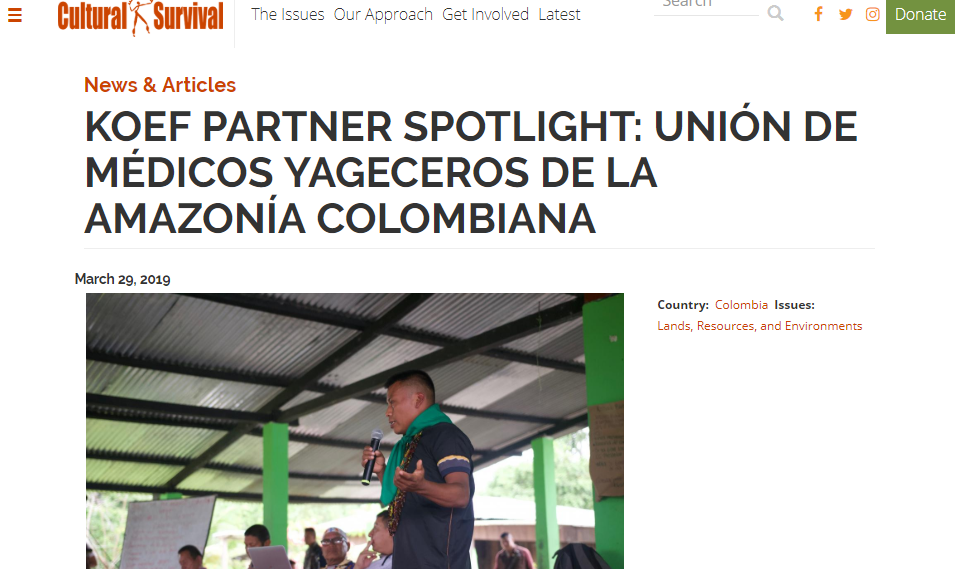 Article by Cultural Survival about UMIYAC

Cultural Survival published an article about their collaboration with UMIYAC through the Keepers of Earth Fund. culturalsurvival.org/news/koef-partner-spotlight-union-de-medicos-yageceros-de-la-amazonia-colombiana 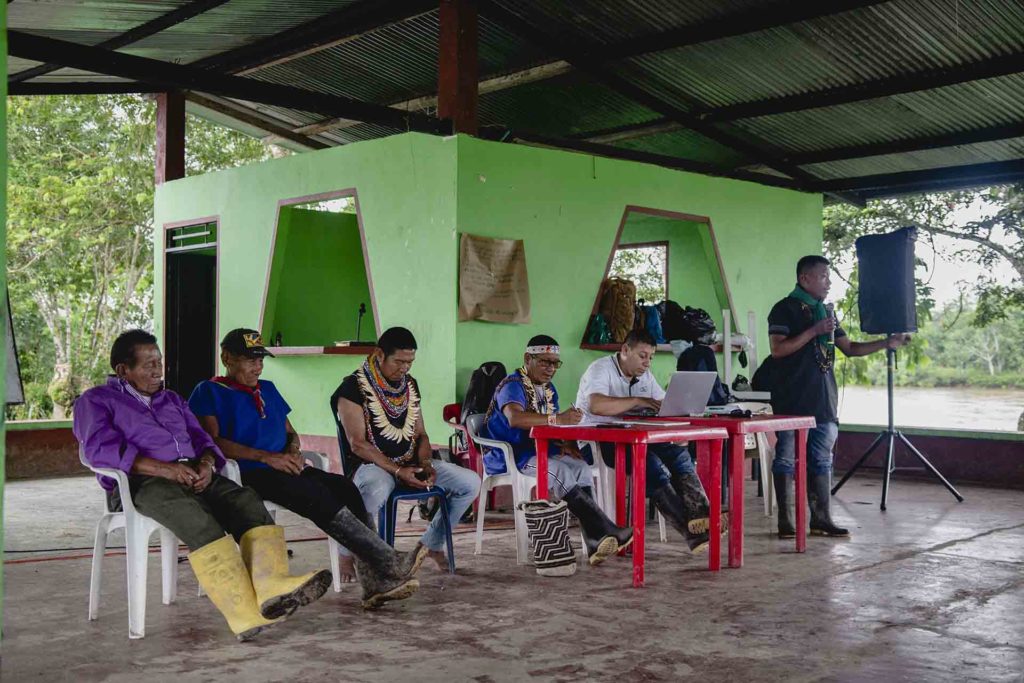 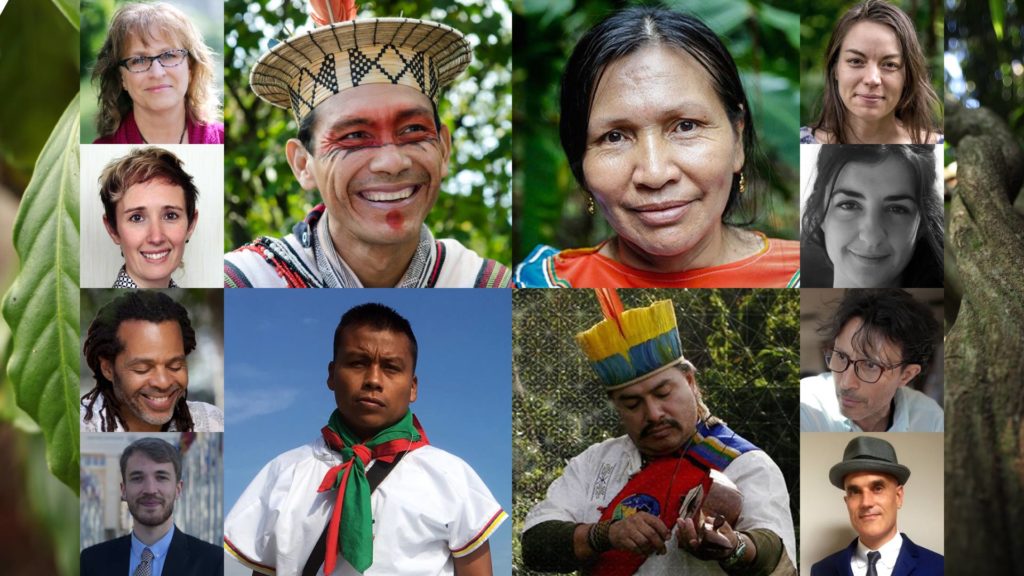 Parliament of the World’s Religions. Canada

November, 2018 UMIYAC attended the conference about ayahuasca in the Parliament of the World’s Religions in Toronto, Canada. It is the first time in the Parliament's history that the indigenous people

On the first week of August 2018, a UMIYAC delegation of traditional healers carried-out two spiritual health-brigades. The healing yage ceremonies took place in the indigenous territories of Agua Negra

May 5, 2018 Mocoa, Putumayo. At UMIYAC’s biannual thinking ceremony, traditional healers and elders from our board of directors, reiterated the mission of our organization to continue defending our rights,

"Blind ambition for business and money foments bad practices and feeds the commerce of sacred medicine... Bad practices of yagé medicine offend the curaca grandfathers and cause serious problems such

Item 8 Follow up to the Viena Declaration and Action Program  (VIDEO) Mr. president, As Indigenous medicine women and men from the Colombian Amazon we have a statement concerning our

During the month of September 2017, UMIYAC attended the 36th session of the Human Rights Council in Geneva, Switzerland. This activity was part of the process of political advocacy that

On September 21, 2017, in the context of the Human Rights Council in Geneva, a UMIYAC delegation, together with the ICEERS and Maloca Internationale, presented a Side Event titled: Human

In June of 2017,  five delegates of UMIYAC attended the Fifth Congress of Latin American Anthropology, in Bogotá, Colombia. UMIYAC presented a paper at a symposium organized by anthropologists Alhena

The annual Congress of the Union of Indigenous Yagé Medics of the Colombian Amazon took place in Mocoa, Putumayo, Colombia on March 2017. More than seventy members belonging to the

We are an indigenous organization representing traditional healers of five ethnic groups from the Colombian Amazon Rainforest.

Our mission is to defend and preserve the Amazon rainforest, to protect our political autonomy, our cultures and our ancestral and spiritual knowledge and practices.

As traditional healers we are committed to the spiritual and corporal wellbeing of any woman and man in our communities.

We strive to preserve and revitalize traditional knowledge of sacred plants and to make sure this patrimony is passed on to the younger generations.

Through our spiritual practices we strive to create a sustainable and harmonized ecosystem where all life forms can coexist within mother nature.

In accordance with Convention 169 of the ILO and the Declaration of the United Nations on the Rights of Indigenous Peoples of 2007, we exercise our right to care for the health of our communities  true to our knowledge and our ancestral medical traditions.

The Union of Indigenous Yagé Medics of the Colombia Amazon is an indigenous organization and a network of spiritual authorities. The UMIYAC was created in 1999 with the support of international cooperation by traditional healers of five indigenous groups: Siona, Cofán, Inga, Coreguaje and Kamëntšá,. Our mission is the protection of traditional knowledge and ancestral medical practices, the defense of the Amazon rainforest, the revitalization of our cultural practices and the construction of our political autonomy, also called self-government.