The spiritual authorities of the Siona, Inga, Kamentsá, Cofán and Coreguaje peoples support the National Strike and the mobilizations of the indigenous, afro and peasant communities that with self-sacrifice are currently participating in demonstrations, take overs of oil fields, blockades of the Pan-American highway, cultural and spiritual events.

We live in a historically oppressed nation where ideas, creativity and democracy are repressed with massacres and assassinations.

A country where between January and May 2021: 53 human and earth’s rights defenders have been assassinated, together with 21 signers of the Peace Accords and where 35 massacres were perpetrated against the civilian population.

A country where the armed forces, during the government of former President Álvaro Uribe Vélez, committed 6402 extrajudicial executions. And a country where peaceful protest is criminalized, and civil society branded as terrorist.

As spiritual authorities, we reject the violence of the extractive economic model that vandalizes Mother Nature and is pushing our peoples to physical and cultural extermination.

We reject “development” models which are drivers of territorial dispossession, loss of food sovereignty and loss of the right to life.

We reject the violence of the governments that impose this model and use the armed forces and the police to repress indigenous peasants and the rest of civil society.

We reject the attempts of the Colombian government to interfere with our constitutional right to free and informed prior consultation.

We reject the government’s attempts to reactivate glyphosate aerial spraying through Decree 380/2021, in contravention of the Peace Accords.

We reject the appropriation, commercialization and medicalization of our ancestral knowledge and sacred medicine, like ayahuasca or yagé and we express that the improper use of these practices will generate more suffering, death and destruction both for indigenous communities and for those who use and market them. No healing is born out of genocidal extractive processes.

As articulated in Resolution 004 of 2009 of the Colombian constitutional court and the Life and Survival Plans of the indigenous peoples of Colombia, cultural appropriation puts indigenous peoples at risk of “cultural and physical extermination”. There can be no reciprocity and sharing of knowledge in a paradigm based on unequal exchanges, pillaging, racism, and genocide.

We also reject the false solidarity of environmental and other NGOs that use indigenous communities to raise funds and to extract knowledge and information from our territories.

We call on international civil society organizations and social movements to show solidarity with the struggle of indigenous, Afro and mestizo peasants, youth and the entire Colombian people in defense of freedom and the right to life, in defense of Mother Earth and in defense of the Peace Accords between the government and the FARC ratified in 2016.

We will continue resisting and supporting the National Strike and the movement for the right to life, the right to culture, the right to spirituality and the right to live in harmony with Mother Earth, the water, the air, the rivers, the animals and the spirits of our glorious ancestors who are still inhabiting the Amazonian territories.

LONG LIVE THE STRUGGLE OF INDIGENOUS, AFRO and MESTIZO PEASANTS 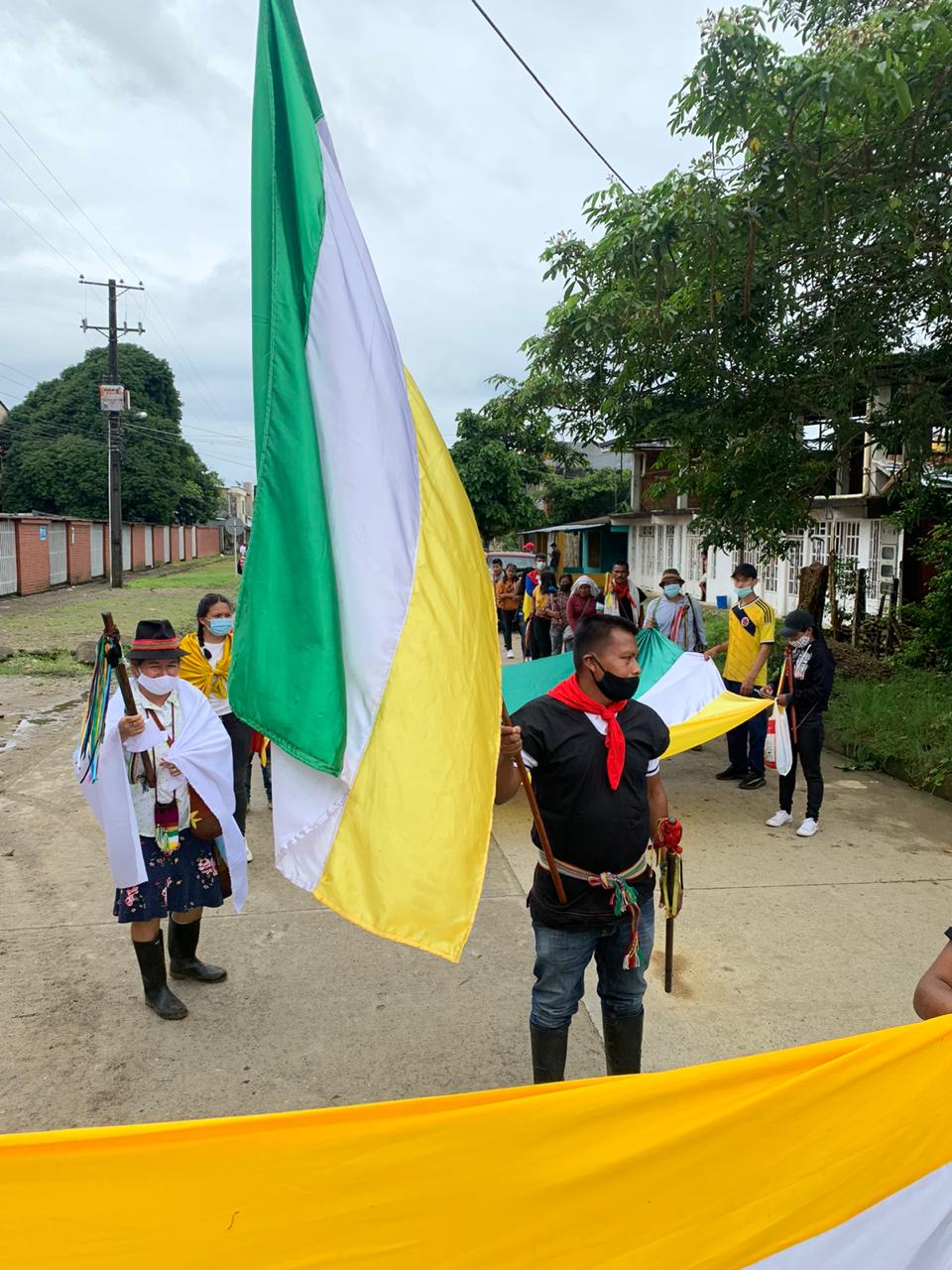 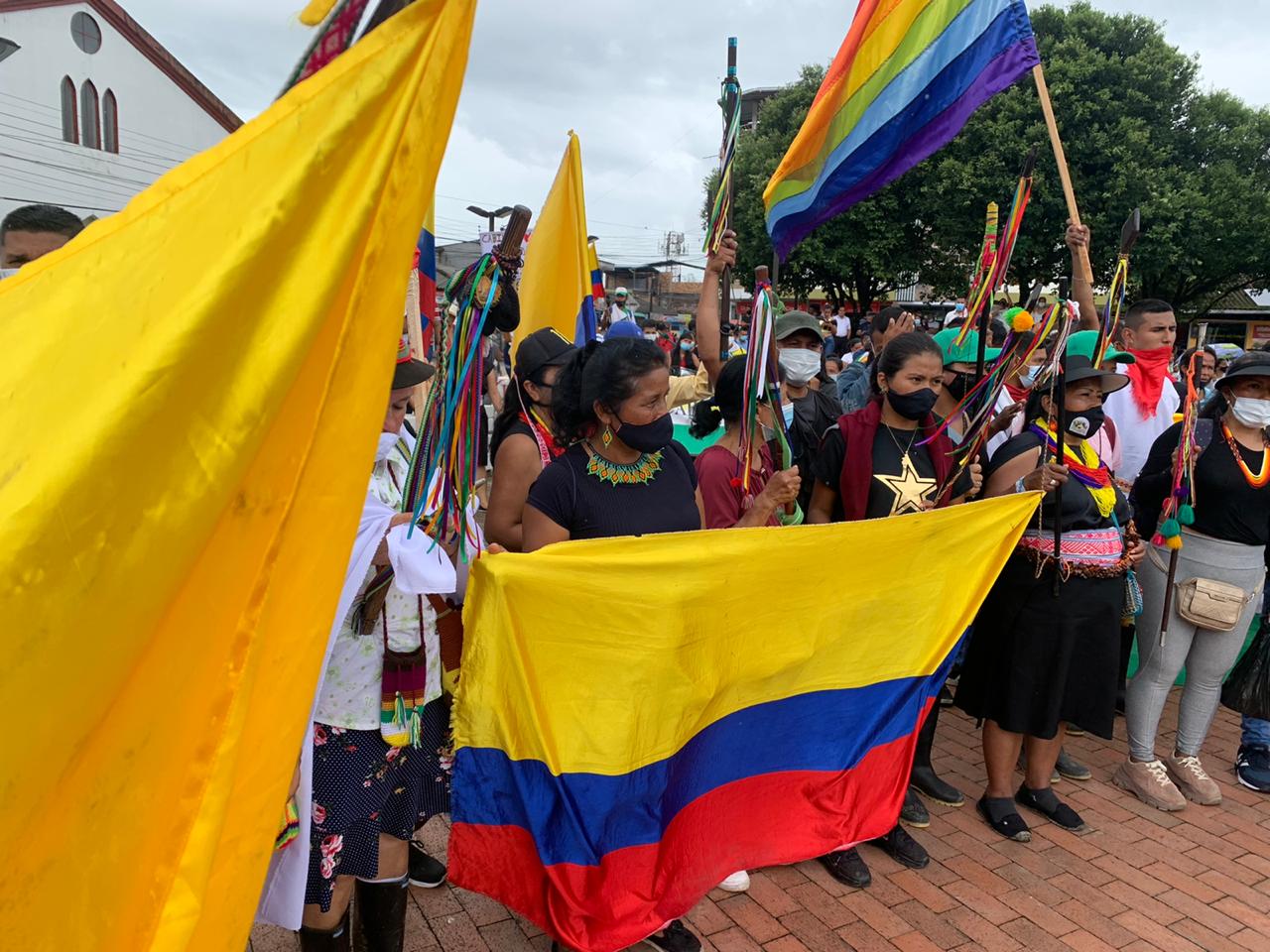 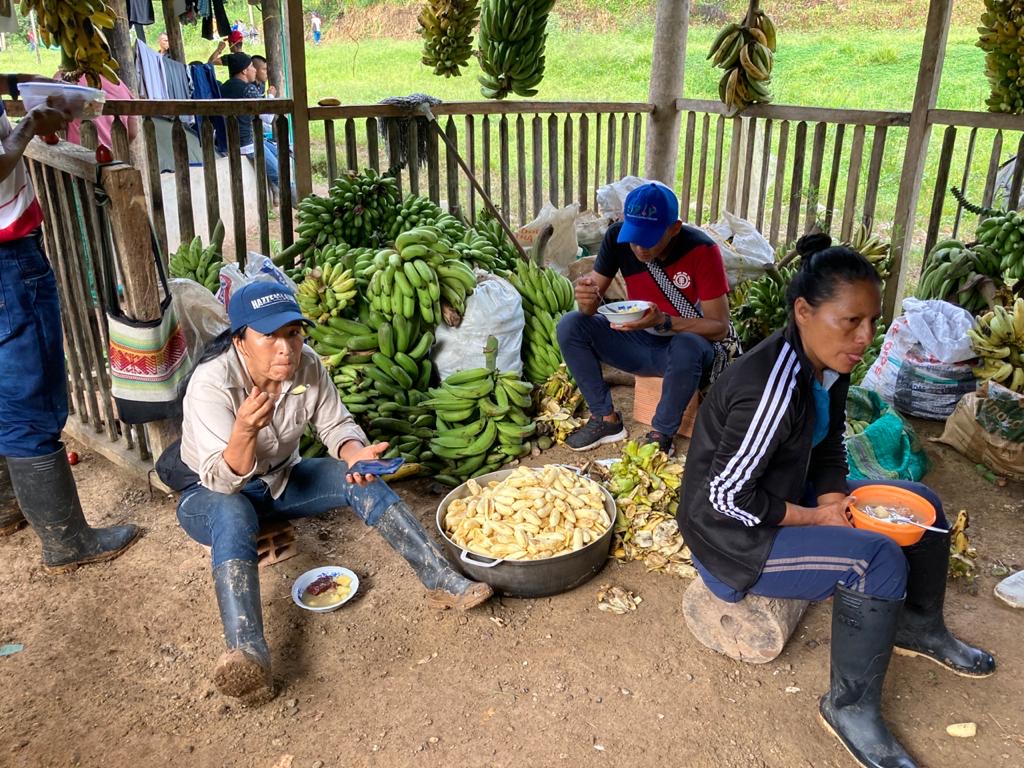 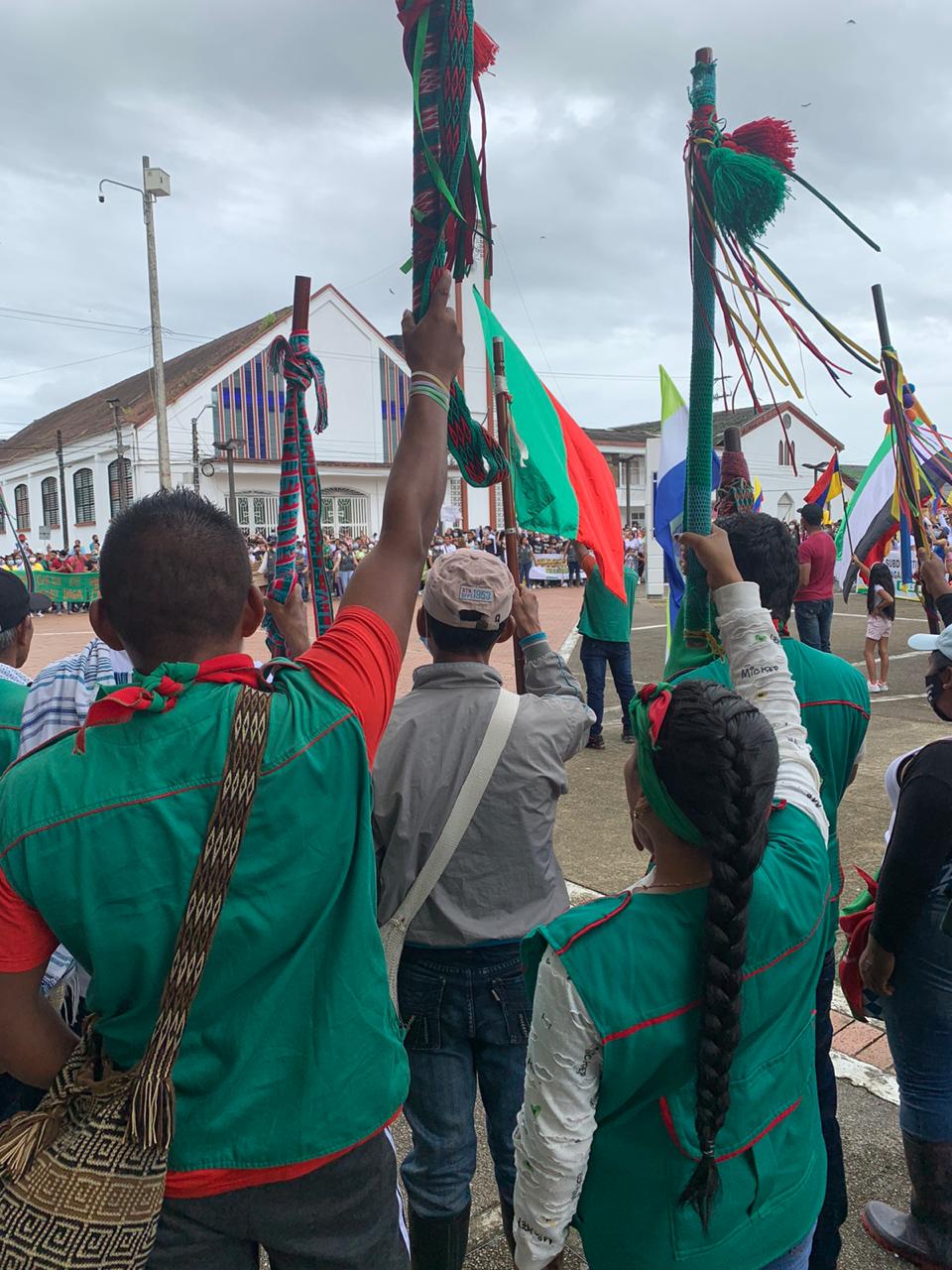 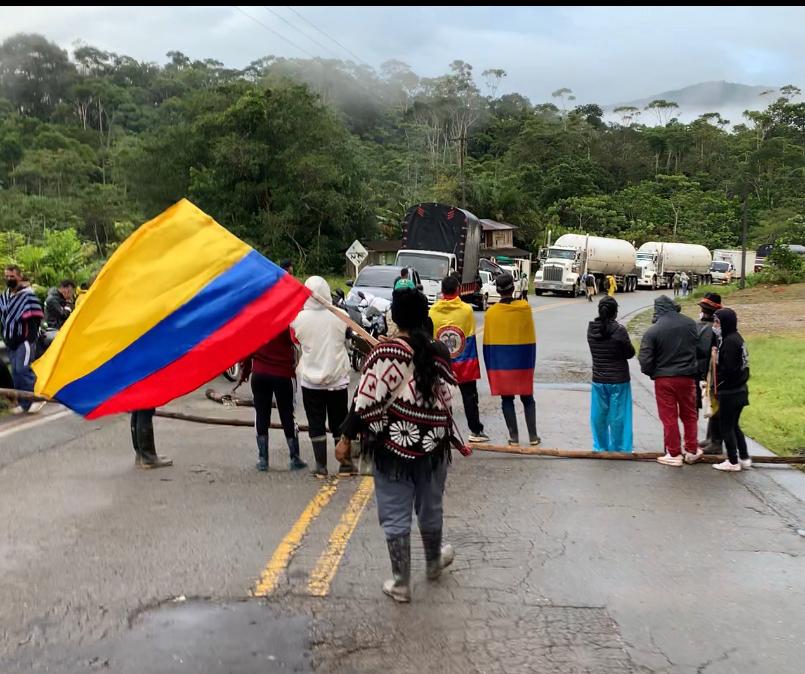